From Ragtime to Rock - Now Formatted for Remote Teaching!

An Introduction to 100 Years of American Popular Music

From Ragtime To Rock offers a sweeping look at 100 years of music evolution, covering the end of the Civil War (1865) to the dawn of the British Invasion (1965). It details how American Popular Music evolved alongside important historical, economic and sociological events such as Slavery, Segregation, Prohibition, Immigration, the Great Depression, World War II, the rise of the Teenager, and many more.

This acclaimed educational DVD with accompanying teacher guide and student assignments is now designed for use with online platforms like Google Classroom. It's the perfect solution for band and choir directors, general music teachers, and instrumental music instructors who want to fully engage their students in a remote learning environment.

The high-energy, info-packed videos offer music students a view into the past with engaging material, helping them connect the music they love today with the music from our past. Click here to view the trailer, or check out the video samples below:

Each unit incorporates clearly defined learning goals, discussion topics, and fulfills a variety of core standards as outlined by NCAS, NAfME, and CCSS. Click here to view the entire list.

The 90-minute "Ragtime to Rock" film can be shown in a single setting, or divided into 15 stand-alone units each of which focuses on a particular musical era, offering educators a flexible way to customize and strengthen any existing curriculum. Click below to download a sample of the Teacher Guide for Unit 10 (The Swing Era). 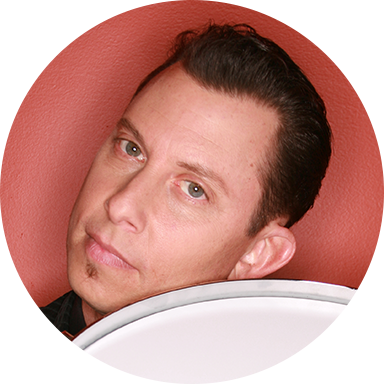 Daniel Glass is an award-winning drummer, author, historian and educator. He is widely recognized as an authority on traditional American music styles. As a professional musician, Daniel has recorded and performed with many top artists, including Brian Setzer, Bette Midler, Liza Minnelli, and KISS front man Gene Simmons. Since 2010, Daniel has been the Monday night house drummer at New York’s legendary Birdland Jazz Club.

As an educator, Daniel’s goal is always the same - to show students in the 21st Century just how much they have in common with the past.