Hot off the Press from Alfred Music: “The Never Ending Story,” featured in the Season Finale of Stranger Things 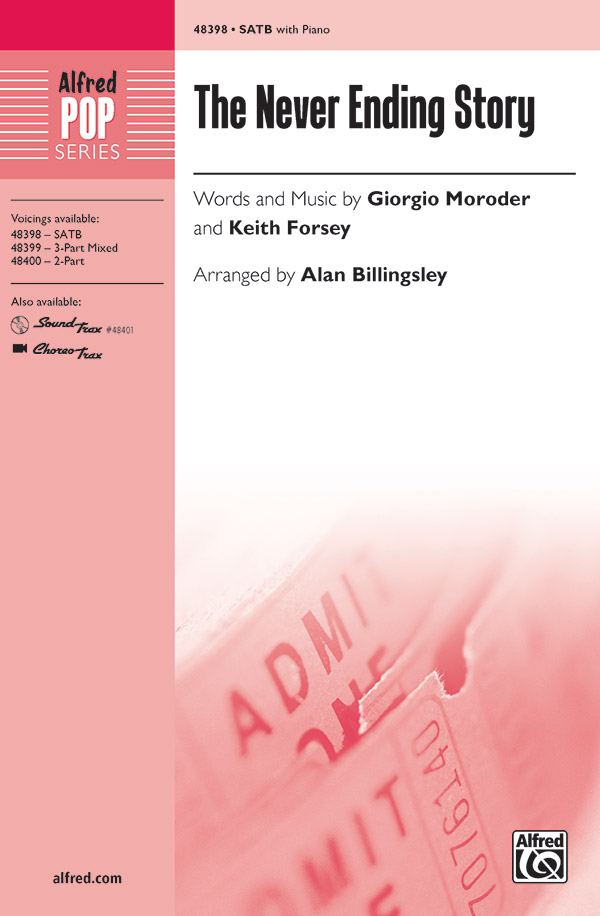 Alfred Music, the world leader in educational print music publishing since 1922, announces the release of new choral arrangements of “The Never Ending Story,” featured in this season’s finales of Stranger Things.

This retro blast from the past made its debut in the 1984 fantasy movie of the same title and went on to hit the top of the pop charts in the U.S. and throughout Europe. Featured prominently in the season three finale of Stranger Things—as the kids from Hawkins, Indiana attempt to save the world…again. Arranged by Alan Billingsley, this promises to be an easy-to-teach singer favorite!

The Never Ending Story SATB, 3-Part Mixed, and 2-Part arrangements are all available for $2.10 each. Accompaniment SoundTrax CD is available for $29.99. All are available at music retail stores, online retailers, and alfred.com.