Beyond the Notes: Requisites for Superior Choral Performances 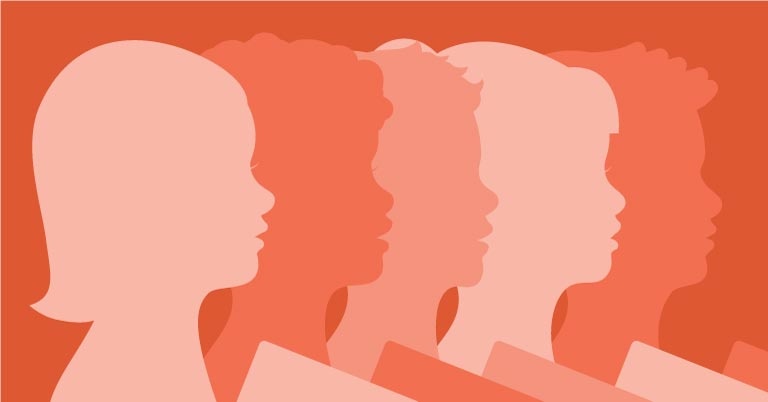 You may have asked yourself this question: “Now that my choir knows the notes and text, how do I make it wonderful?” In my 40+ years in choral music and choral music education, I have observed and developed strategies that are necessary for choirs to achieve superior results. Knowing that choral teachers are often frustrated with why their choirs may not produce outstanding performances by “concert time,” I hope that the following areas are helpful to you and all of us in our quest for choral excellence.

In this blog, we will focus on four specific areas that will assist your choir in achieving superior performances: Vowel Production, Blend, Text Accents, and Dynamic Contrasts.

From the choral warm-up to the actual music making, vowels must be consistent across all of the choir. In many publications on choral warm-ups, the following is my sequence of vowels necessary to achieve beautiful production for each choral singer and for the entire choir. I always start with the oo vowel, and I always descend in the first exercise (such as, pitches “sol, fa, mi, re, do” or “5, 4, 3, 2, 1”) on the oo vowel. For example: noo, noo, noo, noo, noo. Why? The oo vowel is the easiest for singers to sing correctly, so we should start with a successful vowel. Then, do a warm-up exercise (ascending example: do, mi, sol, mi, do or “1, 3, 5 3, 1”) with the other four vowels in this sequence: noo, nee, noh, neh, naw (note: use aw instead of ah for the “ah” vowel) to be sung consistently by the individual singers and the entire choir. Notice that the oo vowel is simply an oo on the lips. When singing the second vowel, the ee vowel (perhaps the most inconsistent vowel I hear with choirs), the lips should not widen from the oo vowel. The lips should not be tense, but relaxed. My mantra is, “Sing the ee vowel with an oo on the lips and an ee vowel inside the mouth!” The eh vowel is much the same as the ee vowel; however, the tongue drops slightly eh vowel. Say, ee and eh with relaxed rounded lips and you’ll experience the way it should be sung. Again, this is simple, but we want the singers to always understand our instructions.

For me, “blend” requires:

Why do some choirs not blend? It is because one or both of the above areas are not being executed. For example, it only takes one individual (or more) who is not singing consistent vertical vowels to take away from or “ruin” the blend. As said in the previous section: the ee vowel must have an oo on the lips with an ee inside for EVERY SINGER or there will not be a good blend. And, one or more ah vowels being sung “horizontally” instead of producing the ah vowel as aw will result in a poor blend. Singers must understand that although every voice is different, all vowels must be the same.

Balance is important both within and among sections. If there are voices within a section (soprano, alto, tenor, baritone, etc.) that are significantly louder than others, there can be no blend. Singers need to understand that each voice is important and should not be louder or softer individually, regardless of dynamic marking, or there will not be a blend. Once that is achieved, then the balance among sections should be addressed. For example, the sopranos cannot be louder just because they are higher. I believe in achieving a “pyramid” balance. That means the lowest voices should be a bit louder than the next highest voice part. So, the basses should be a bit louder than the tenors, and the tenors slightly louder than the altos, and the altos slightly louder than the sopranos. Why? The ears hear high pitches louder, even if at the same volume. (That’s why we generally boost the bass on our stereos, not the treble.) I say, “The sopranos are the icing on the cake, not the cake itself!”

This area seems so easy to understand and execute, yet I often hear choirs that have beautiful vowel production and blend (see above), but they do not sing with “text accents.” In choral music we communicate a story through song, regardless of language. Dramatically speaking the text, we immediately know which syllable is to be accented, and which ones are softer. However, when we sing the notes with good diction (enunciating consonants) and vowels, we may overlook the text accents. A few examples:

Last, but not least, dynamics and dynamic contrasts are both essential for a superior performance. As explained in the previous section, text accents within words are necessary regardless of the dynamics. I have worked with hundreds of choirs in my career, and I’ve heard many choirs singing dynamics only between mezzo forte and forte and many others between mezzo piano and mezzo forte. That is not enough dynamic contrast for a superior performance. Regardless of the piece, the full dynamic spectrum should be performed and differences be heard by the audience. Example: In a section of a piece, measures 1 to 16 are marked mezzo piano (mp), then in measure 17 it is marked mezzo forte (mf). It should be mp until the last beat in measure 16 and then immediately and audibly be mf on the first beat of measure 17. I call this “doubling the volume.” This avoids “fuzzy” dynamic contrasts that can happen when choirs get too loud before measure 17 or don’t change the dynamic immediately in measure 17. I’ve often thought: If choirs could just make the difference between loud and soft recognizable to the audience, that would be a good start to making dynamic contrasts. Another area of dynamics is “perceivable” crescendos. For example: If the choir is singing mezzo piano, and then there is a crescendo for a full measure in 4/4 time to forte, the crescendo should happen gradually. In other words, a little louder on beat one, a little louder on beat two, a little louder on beat three, and a little louder on beat 4, culminating in forte on beat 1 of the next measure. The crescendo shouldn’t happen on just beats 3 and 4 (or only on beat 4).

Thoughts on how text accents and dynamics work together: All long notes should crescendo slightly, but audibly to the next note or rest unless the music or the director tell you something different. Why? Because that is what musicians do! Long notes should never just “sit there.” We’re teaching our choirs to be musicians, and those skills can transfer to other musical rehearsals and performances. Example: The two-syllable word “mu-sic.” What if the unaccented second syllable is a long note? Perfect! It is an opportunity to sing the second syllable softer, then crescendo because it is a “long” note. Here is an example from my Alfred composition, For the Love of Music for SATB, SAB, and 2-Part choirs, accompanied:

Now if we used the ideas above about text accents and natural crescendos on long notes (which are not written in this piece or most pieces), it would be sung like this:

I hope that these four areas, Vowel Production, Blend, Text Accents, and Dynamic Contrasts, are helpful to you and your choirs in achieving superior performances, “beyond the notes!” Feel free to contact me through my website, if you have questions. 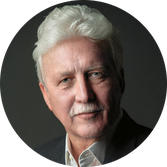 Dr. Russell L. Robinson, an Alfred author, composer, and arranger since 1993, has over 500 publications in print. Dr. Robinson, Emeritus Professor and Head of Music Education at the University of Florida, has made over 400 appearances as a speaker, conductor, and consultant worldwide. Dr. Robinson’s website is: www.RussellRobinson.com