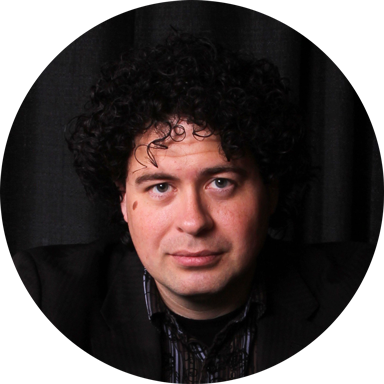 Michael Schneider, hailed as a “pianist with exceptional insight” and “performer with great panache,” is a world-renowned classical pianist, active collaborator, educating artist, and composer. He first performed with orchestra at the age of 11 and, since then, has performed as a soloist and collaborator throughout North America and abroad in Europe, Russia, and South America at prestigious venues including Carnegie’s Weill Recital Hall, the Library of Congress in Washington DC, the Liszt Museum in Budapest, and the Chopin Festival in Nohant, France at the legendary château of George Sand. He’s been a major prizewinner in competitions including the 7th San Antonio International Piano Competition, the Kosciuszko Chopin and Frinna Awerbuch Competitions in New York, the International Paderewski and International Liszt Competitions in Poland, the LA International Liszt Competition, and the Grace Welsh Prize for Piano in Chicago.
Well known as a solo artist, Michael is also in demand as adjudicator, master-class teacher, lecturer, collaborator, and musical entrepreneur throughout Texas and abroad. Michael has made debuts in numerous countries including Argentina, Italy, Belgium, Mexico, and France and has collaborated with numerous faculty at almost 50 universities around the US. Michael has been featured as the Texas Music Teachers Association (TMTA) Convention Solo Artist and over the years has given multiple presentations for TMTA including: “Franz Liszt: A Legacy—a Dramatic Monologue,” and "The Art of Practicing: A Guide to Problem-Solving." He has also been a featured guest artist, master class teacher, and town hall panelist at the Music Teachers Association of California (MTAC) State Conventions on multiple occasions.
Michael has served on the faculties of Youngstown State University’s Dana School of Music (OH), University of Mary Hardin-Baylor (TX), Concordia University Texas (Austin), University of Texas Butler School of Music (Austin) and Oklahoma State University. He holds piano performance degrees from the University of North Texas (BM, Artist Certificate), the Cleveland Institute of Music (MM, Artist Diploma, Professional Studies), and the University of Texas at Austin (DMA). His greatest influences come from his studies with Pamela Mia Paul, Paul Schenly, Anton Nel, and the late Maria Curcio in London, who was the last pupil of Artur Schnabel and whose musical lineage dates back to Beethoven. To learn more about Michael, please visit pianomike.com or masterthemusic.org.